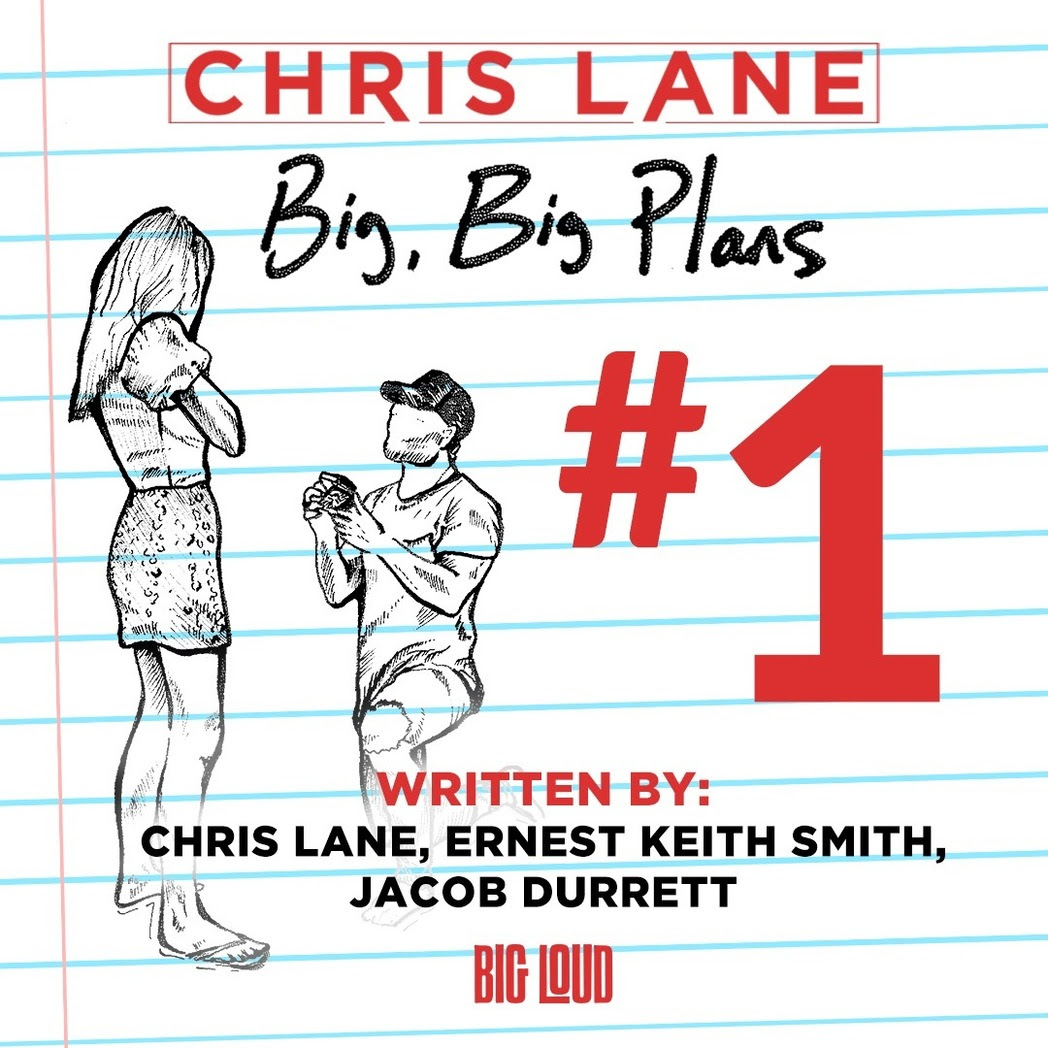 TRACK REIGNS #1 AT BOTH U.S. AND CANADIAN COUNTRY RADIO

LANE SCORES HIS THIRD U.S. #1, MARKS FIRST #1 AS A SONGWRITER

“Big, Big Plans” was written by Lane, Jacob Durrett and Ernest Keith Smith and marks Lane’s first #1 as a songwriter. Penned ahead of his engagement to now-wife, Lauren, the song was first heard in their heart-warming proposal video. Once released, “Big, Big Plans” inspired more than 20 on-stage fan proposals during Lane’s BIG, BIG PLANS TOUR, and countless others shared online.

“As an artist the most rewarding thing for me is writing a song and hearing fans sing it back, and make it part of their own story as well,” shared Lane. “It’s been so much fun to see the way such a personal song for me has impacted other people over time. From proposing to my wife, to seeing others’ proposals at shows and on social media, to it now hitting #1 on Country radio is unbelievable. I couldn’t be more excited.”

The GOLD-certified smash has tallied 149 MILLION on-demand streams. Also striking a chord with critics, Billboard praised “Lane maximizes the sentimentality by being straightforward with his intention,” while American Songwriter lauds “Big, Big Plans” as “his most intimate song yet.”